It’s July of 2014 and we just watched the largest party on Earth take place in my birth country of Brazil.

As a Brazilian I had mixed feelings about this World Cup because there was a lot of controversy as Brazil prepared for the event, and it seemed like the problems were a combination of complicated politics and project management challenges. So after recuperating from the 7×1 loss to Germany, I decided to look into this a bit further.
Today I have on the show Mr. Ky Nichols, who among other things, has led his firm PCUBED in managing little projects like the London 2012 Olympics and the 2006 World Cup of Football in Germany.

Ky is an accomplished consulting leader with over eighteen years of experience in shaping strategy and complex business transformation projects. He has led the firm’s engagement in areas such as the London 2012 Olympic Games, International Space Station, UK Ministerial Change Programs in areas such as Defense, Justice and Security, Post Merger Integration in Telecommunications, Restructuring at Accenture, ERP System Global Deployment at Shell and IT Systems Deployment in Financial Services. He originally qualified in Physics with Space Science and Engineering which led to his work with NASA on the Space Shuttle program. Influencing at the board level, he has extensive experience in organizational change, strategy execution, program management, and performance improvement. He holds an MBA with distinction from London Business School. Ky is based in London.

To listen to my conversation with Ky, press the “play” button on top of this post.

Project Management for You – Book and Podcast Series 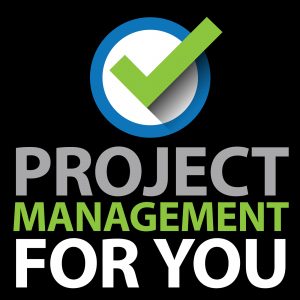 Let me talk about some things that are about to come your way as a subscriber of the PM for the Masses Podcast.

As you know, I’m in the process of writing a book. As you also may know, I started my website and podcast because of my passion for PM. PM really changed my life and my career, and since then I have always believed that EVERYONE can benefit from what is taught by the discipline of PM.

The problem is that the vast majority of books and PM training materials are very much dedicated to the corporate world, and for the individual or small business owner, it is difficult to identify with most of the PM material out there.

So my book will aim at really bringing PM to the Masses. I want to boil PM down to its basics, its simpler moving parts, stripped of most of the corporate lingo, so a larger portion of the population who are interested in managing projects can also benefit from some of the PM body of knowledge.

And because I really believe in the power of community, I have invited a number of PM experts to help me with a podcast series called PM for You. I will be producing a series of about 15 to 20 episodes to be released daily, in which myself and these experts try to break PM down to everyone. I am super excited about this, and I have already recorded some of these conversation and they’re fantastic.
Along with the series, I will also have a page up where people will be able to pre-purchase the book, so I can raise some of the funds I will need to self publish.

Right now, you can go to pmforthemasses.com/pmforyou and you’ll be able to join a list so you’ll be the first to know when everything is set up.

I look forward to bringing you this series!