This post is part of the worldwide PM FlashBlog initiative.  For more information, visit this page.

Every other year I hop on a plane with my family and fly from Toronto to Seattle for Christmas.  Between the restlessness of the children and my grumpiness over the lack of leg room, I eat my mini pretzels, wondering how much longer I will have to sit in that metal tube breathing other people’s breath. Five hours is certainly too long.

What I seem to take for granted is that just a few years ago, the only way to make that trip would be by boat, taking a slight detour through the Strait of Magellan.  That’s where you have to look north to see South America.  The trip would take months, and some would die along the way.  Heck, some would be born along the way.

But what does that have to do with project management?

Before we could actually fly from coast to coast eating mini pretzels, something amazing was achieved. An unbelievable feat of engineering provided for a much shorter and smoother way of going from the Atlantic to the Pacific.

That project is called the Panama Canal. 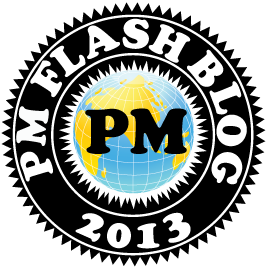 The Panama Canal not only changed the way people travelled, but also completely redefined commerce and facilitated trade.  The world would not be the same today without it. I was blown away by the history of the construction of the Canal when I interviewed its current project manager for the Construction Industry Podcast.

That is the beauty of a project.  It changes how we live. It adds value.

As project managers, we get to watch projects unfold, steering them according to our abilities and external conditions.  In a world in which history is marked by milestones such as the pyramids, Roman architecture, works of art, technological breakthroughs such as plumbing and air flight, we realize that each of these were once projects.

But most of all, projects remind us that human efforts are not a zero sum.  Projects show us that together we can add more than we take.  An iPhone is better than a bucket full of iPhone parts.  The Panama Canal has afforded us benefits far beyond what it cost to build it.

So what does project management mean to me?  It’s pretty simple.

Project management to me is the science of effectively changing the world.  As project managers, we are agents of change. In a culture hungry for change and a better future, project managers are the ones who will eventually deliver it.

What about you?  What does project management mean to you?